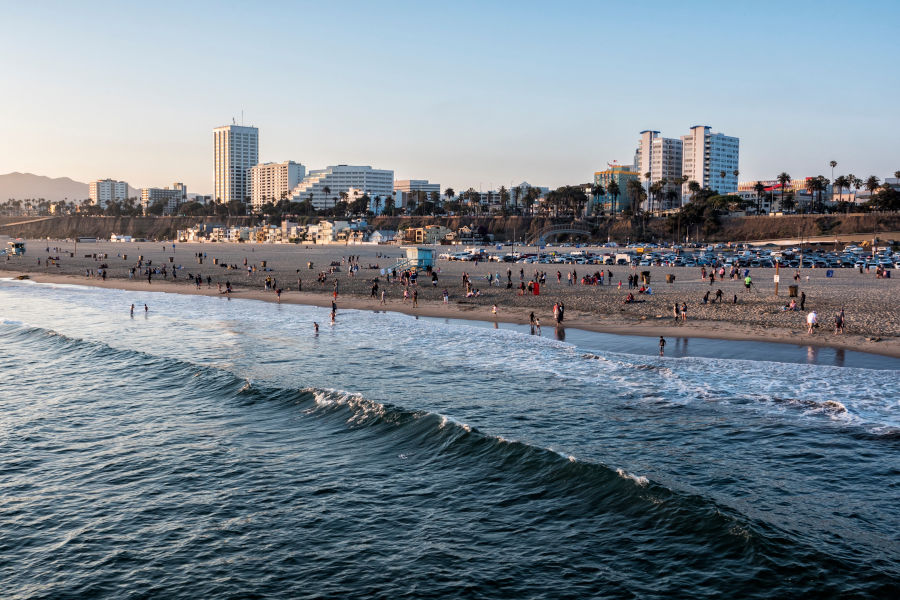 Whether you’ve lived in Santa Monica for years or are new here, Santa Monica has a rich history to learn about, and there are many things you may not know about. From the creation of popular attractions to the origin of the city’s name, here are eight unique facts about Santa Monica’s history that you need to know.

The city’s name came from the Christian Saint Monica. The exact reason for naming the city after Saint Monica remains debated, but it was named by Franciscan missionary Juan Crespí. Rumor has it; the name could be in honor of her feast day, which is on May 4. It has also been rumored it was after a pair of springs, the Serra Springs, that reminded Crespí of Saint Monica’s tears, which she shed after her son’s impiety.

Palisades Park was donated by Nevada Senator John Percival Jones, who is regarded as the founder of Santa Monica. He purchased control of Rancho Santa Monica for $162,000 in 1874. The first residential lot in Santa Monica sold for only $300.

3. The First Pleasure Pier On The West Coast

Santa Monica Pier opened as the only pleasure pier on the West Coast in 1909 and gained international popularity. It is also the end of the famous Route 66.

The original Muscle Beach fueled a worldwide fitness craze on Santa Monica State Beach in 1934. Joe Gold, the founder of Gold’s Gym, spent a lot of time at Muscle Beach for bodybuilding. He wanted to start an indoor gym with the Muscle Beach Weightlifting Club, but it didn’t work out. He then created Gold’s Gym, opening in Venice on Pacific Avenue in 1965. Joe sold Gold’s to new ownership, who drove it to become the success it is today.

The Looff Hippodrome Carousel was built in 1916 and is Santa Monica’s first National Historic Landmark. Charles I.D. Looff and his son Arthur designed and built it to hold the Looff Carousel, reflecting Moorish Revival and Byzantine Revival architectural styles. Charles Looff was a popular master carver and builder of carousels and amusement rides, known for creating structures in his now-famous Coney Island style. He also built the Santa Monica Pier.

Before Santa Monica Airport was built in Clover Field, it was a plant for the Douglas Aircraft Company, built by Donald Willis Douglas, Sr. Four of his planes attempted the first aerial circumnavigation of the world, and two planes returned, covering over 27,000 miles. His business grew so large that set designers from Warner Brothers Studios disguised the factory and airfield.

7. The Start Of Beach Volleyball

Beach volleyball was started in Santa Monica and was developed by Duke Kahanamoku in the 1920s. It came after the invention of indoor volleyball in 1895 by William G. Morgan, which was a combination of baseball, basketball, tennis, and handball.

The world-famous Big Dean’s Ocean Front Café originated in Santa Monica on the Santa Monica Boardwalk. It was originally Laring’s Lunch Room at the beginning of the 1900s, which Big Dean’s took over in the 1970s.

It has been a popular destination for many famous names, such as Cary Grant, Wilt Chamberlain, Evil Knievel, Arnold Schwarzenegger, and more. Enjoy an amazing open-air atmosphere, and you’re sure to find something satisfying on the menu.