5 Unique Things That Were Started In Santa Monica

Home » Blog » 5 Unique Things That Were Started In Santa Monica 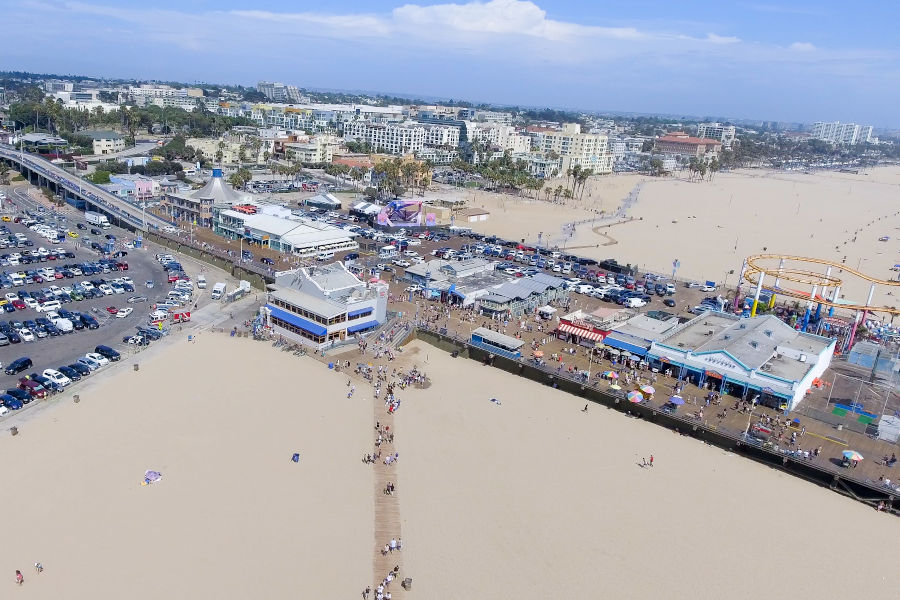 Everywhere you turn in Santa Monica; there is history: famous developments, historical landmarks, movements, and beyond. Not only is Santa Monica beautiful, full of activities, and home to one of the top California destinations, the Santa Monica Pier, it is also where many unique things were started. Do you know what they are?

Here are five unique things you may not know about that were started in Santa Monica.

It stands 130 feet above the Pacific Ocean for amazing views, and it has 174,000 LED lights, 16.7 million color value combinations, and a display software that presents up to 24 frames per second of imaging. It also provides an 81 percent greater energy savings than most traditional Ferris wheels.

The Dogtown Movement Of Extreme Skateboarding

If you’ve seen Dogtown and Z-Boys, you know about how influential the Z-Boys were on the world of skateboarding as we know it. The Z-Boys were surfers and began skateboarding to practice their board moves, turning into full-time skaters. They took skateboarding to a new level by emptying pools and practicing edgy moves and techniques that were influenced by their history as surfers. Their popularity turned skateboarding from a dying hobby to new, exciting heights and popularity across America.

Santa Monicans took volleyball outdoors shortly after it originated as an indoor sport in 1895, creating a new way to play for everyone. It quickly gained popularity across beaches on the Pacific Ocean. Eventually, beach volleyball became a well-known pastime that continues to be played and loved by people across the world and spotlighted in the Summer Olympics.

The original Popeye comic was created in Santa Monica in 1929 by Elzie Crisler Segar. Local Santa Monicans say that inspiration behind the fictional character came from Segar’s friend Olaf Olsen, who was a Norweigian sailor that he met on the Santa Monica Pier. It is unsure whether or not he loved spinach like Popeye does, though.

Santa Monica’s Muscle Beach is known to be the catalyst for the physical fitness movement across the United States in the 20th century. Muscle Beach is known for popularizing and legitimizing gymnastics activities, as well as bodybuilding, and it still attracts both crowds regularly today.

Big Dean’s Ocean Front Café also originated in Santa Monica and is still going strong on Ocean Front Walk today. Locals and tourists alike love Big Dean’s for the atmosphere, food, and drinks, and it has something on the menu for everyone.