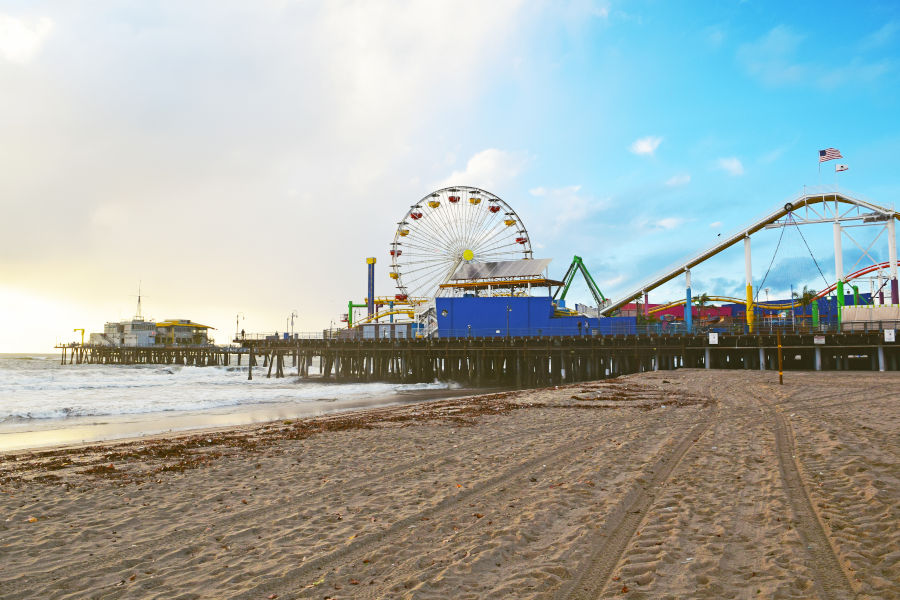 When you think of locations that TV shows are filmed, you probably think about Hollywood first. It’s an obvious spot, but did you know that many popular TV shows have been filmed around Santa Monica?

Whether you’re a TV buff or not, you might be able to guess a few popular picks off the top of your head. Do you know which ones they are?

The ever-popular 12-year long TV series, Baywatch, was filmed at spots along the Santa Monica Beach during the first 10 years of the show, which makes it one of the most well-known beaches in California.

In Three’s Company, Janet, Chrissy, and Jack lived in a Santa Monica apartment together that was within walking distance from the beach. They filmed much of the series in actual spots around Santa Monica, such as the Santa Monica Pier, the Ocean Front Walk, the Gingerbread Court, and beyond.

Perhaps one of the more obvious choices, the five-season-long Pacific Blue was about a group of police officers within the Santa Monica Police Department. It was filmed in Santa Monica, as well as in Venice, Redondo Beach, Seal Beach, Huntington Beach, and Hawaii.

The Grey’s Anatomy spin-off, Private Practice, aired for six seasons and used Santa Monica for many of its exterior shots. You can find the Oceanside Group building at 4th and Wilshire in Santa Monica.

Buffy the Vampire Slayer was frequently filmed in a parking lot on Santa Monica’s Olympic Boulevard. The funeral and cemetery scenes were shot at both this location and at an actual cemetery, the Angelus-Rosedale Cemetery.

Check Out The TV Show Locations Around Santa Monica

If one or more of these shows is a favorite of yours, be sure to remember the spots where they were filmed, visit them, and rewatch the show(s) to check them out again. It would be a fun weekend activity with friends or family.

If your favorite show used the Santa Monica Pier, be sure to also stop by Big Dean’s Ocean Front Café on the East side of the Boardwalk, across from the Merry Go Round for an excellent array of food and drinks. There’s something for everyone on our dining menu, like a classic fish and chips, cheeseburger, or chili cheese fries.