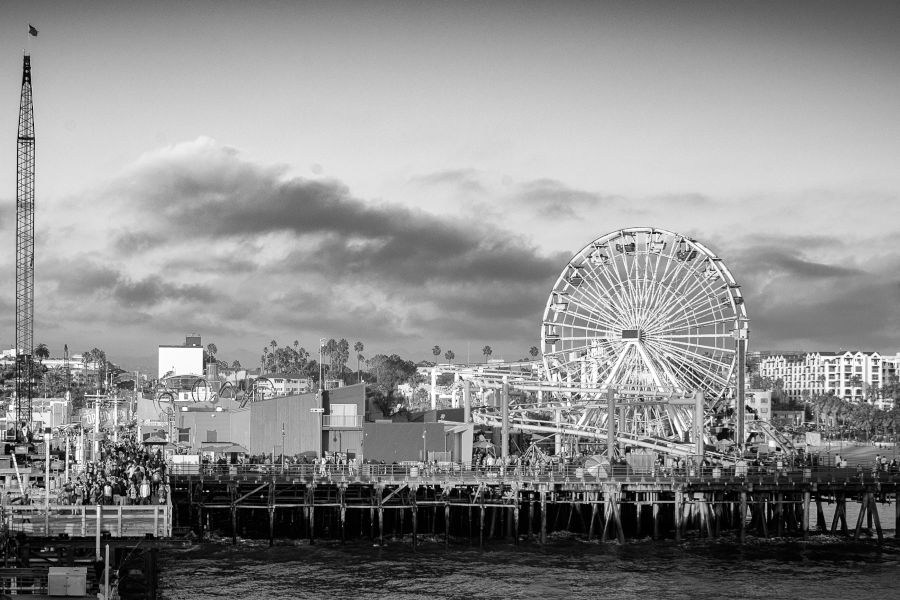 The Santa Monica Pier is one of the hottest destinations in southern California – and for good reason. You can’t beat the beautiful views, loads of activities, and overall good vibes when you’re on the Pier. If you’re lucky enough to live in Santa Monica, it can be a regular destination for nights out, daytime activities, and more, but for most of the country, they’re lucky enough to visit even once.

But just how did the Santa Monica Pier become what it is today? There’s a rich history that is waiting to be learned. And the next time you’re on the Pier, you can appreciate it even more.

The Santa Monica Pier was popular from the start. It attracted locals of all shapes and sizes, and it attracted entrepreneurs like Charles I.D. Looff, who built the famous Historic Landmark, Looff Hippodrome Carousel in 1922. He also created the Looff Amusement Pier that was adjacent to the Santa Monica Pier.

The Pier remained successful, but it experienced a huge roadblock in 1973 when the Santa Monica City Council decided it would demolish it in favor of a resort hotel and man-made island. After much rage from citizens, they decided against moving forward with the plans and those who voted against it were not re-elected in office.

In 1983, two violent winter storms made a devastating impact on the Pier’s history, destroying over one-third of the concrete structure. Santa Monica once again came together and formed the Pier Restoration and Development Task Force, and it was rebuilt by 1990. The Pier’s current Twilight on the Pier summer concert series was originally called the Twilight Dance Series, a series of annual concerts to attract people to the Pier during reconstruction.

Pacific Park opened in 1996, giving the Pier its first roller coaster and its first full-fledged amusement park since the ‘30s. Now, the Santa Monica Pier has almost 9 million visitors per year, according to Jim Harris, author of Santa Monica Pier: A Century on the Last of the Pleasure Pier. People love visiting the Santa Monica Pier for many reasons, and the ups and downs it experienced helped shape what it has come to be today.

Stop By Big Dean’s On The Boardwalk

If you are a fan of local food and drink in a great atmosphere, you need to stop by Big Dean’s on the boardwalk the next time you go to the Pier. We are your stop to fuel up before a big day of activities or your destination to wind down with a cold drink after a long day at the beach.