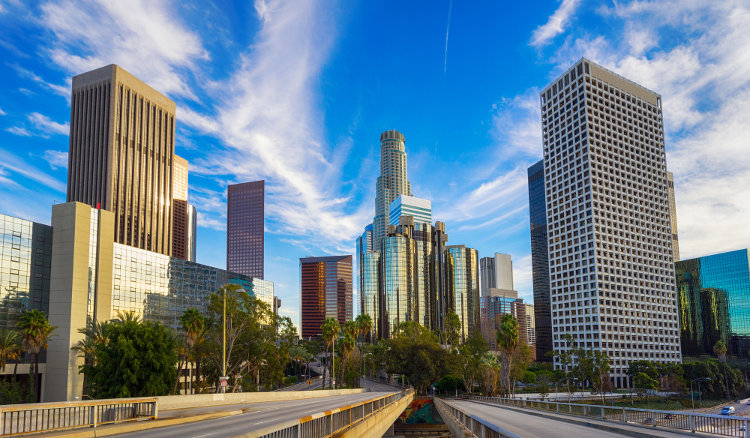 Los Angeles is a vivacious city that almost 4 million people call home. In addition to those passionate residents, there are over 50 million people who visit the wonderful city each year.

Regardless if you fall in the Los Angeles native or tourist bucket, you may be interested in learning more about the city that has captured so many people’s adoration.

To that end, our team has you covered. Below, we’ve compiled 5 interesting Los Angeles facts most people are unaware of!

Everybody who comes to Los Angeles knows that it’s the city of stars. That’s because a lot of the most popular TV shows and movies are filmed in the city each year. Also, an overwhelming amount of the world’s biggest celebrities call the city home.

Los Angeles wasn’t always the film mecca though. It used to be that production took place on the East Coast!

But due to Thomas Edison holding most of the country’s film technology patents and his policing them aggressively, would-be film producers fled to the west coast to escape his legal reach.

The Getty Museum has one of the most iconic collections of art in the world. All of its treasures are not only world-class in nature but also world-class in price given the fact that admission is always free.

The fun fact here though is in regard to the Getty Museum’s lawn. Each year, the Getty employs hundreds of goats to do its landscaping!

The Hollywood sign is an iconic fixture of the greater Los Angeles area. Many people aren’t aware though that the sign used to read “Hollywoodland”.

To promote the Hollywoodland housing developments.

In 1949, it was agreed that the sign would be changed to just Hollywood.

This is perhaps one of the less known Los Angeles facts on this list.

Under the city of Los Angeles, there are/were about 11 miles worth of hidden tunnels. These tunnels have been used for a variety of applications including transporting prisoners, liquor and more.

Many of these tunnels have closed up post 9/11 and due to earthquakes.

No trip to Los Angeles is complete without a visit to Santa Monica. Between the world class eating, incredible fun and stunning beach, it truly is a Los Angeles treasure.

It’s hard to imagine among all of Santa Monica’s beauty though that its iconic pier was originally built to support a sewage line that poured waste into the ocean! Fortunately, this practice of dumping sewage from their pier was discontinued in the 1920’s.

Los Angeles is a wonderful city with a rich history. Now that you’ve read through these Los Angeles facts, you’re a little more aware of the area’s humble beginnings and dark secrets!

Next time you come to experience Los Angeles first hand, be sure to stop into beautiful Santa Monica and eat at the famous Big Dean’s Ocean Front Cafe.

Click here to check out the menu or stay in the know by subscribing to Big Dean’s newsletter!