4 Unusual Things to Do in Santa Monica

Home » Blog » 4 Unusual Things to Do in Santa Monica 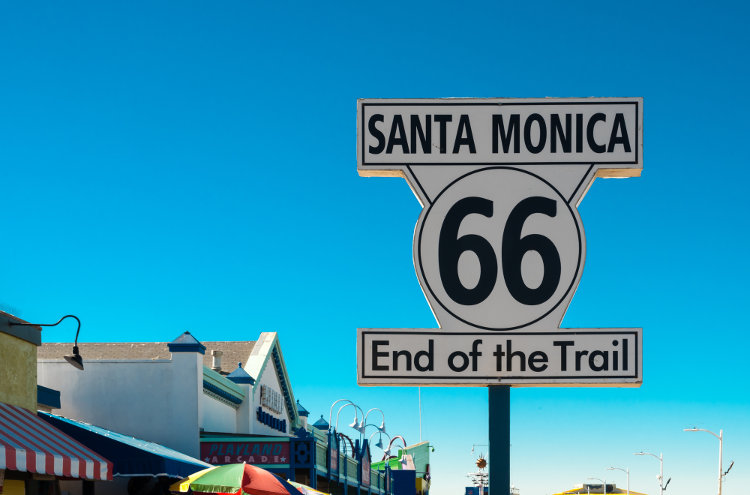 Santa Monica- voted one of the top 10 beach cities in the world by National Geographic and a tourist mecca in its own right.

With its perpetual sunshine, bucket loads of culture, famous landmarks and eclectic mix of locals, Santa Monica is a must-see when exploring the U.S.

But if you prefer to discover things a little left of center and off-the-beaten-track, Santa Monica has a few hidden gems too.

For some of the lesser-known things to do in Santa Monica, just keep on reading…

4 Unique Things to Do in Santa Monica

If you’ve ticked off the must-sees from your list while exploring Santa Monica, take some time to explore these intriguing sights too:

There is no highway more deeply rooted in American history than Route 66. Originally, it was constructed to connect Chicago and Los Angeles in 1926.

However, construction was decommissioned in 1985 when the Interstate Freeway System was developed.

The End of the Trail Sign was only established in 2009 as a commemorative symbol of this iconic highway, which is still widely popular today.

You will find this commemorative trail sign at the very end of Santa Monica Pier, which is said to be the official end of the Route 66 trail.

Also known as the ”Main Street of America”, snapping a photo at the end of Route 66 is a pretty unique thing to do while in Santa Monica.

Throughout the greater Los Angeles area, you’ll find just a handful of farmers’ markets which operate throughout the week. But make your way to Santa Monica and you’ll find four alone in this area.

Over the weekend, explore two Saturday markets in downtown Santa Monica, and a Sunday market on Main Street.

The greatest part about these markets is that they are packed with locals – families and friends, and free of hoards of tourists.

If you’re keen to get a real feel for the local atmosphere of Santa Monica, these markets are a great way to do so.

Most importantly, make your way to the Main Street farmers’ market on a Wednesday morning.

This is where many a famous celebrity chef can be spotted shopping for local produce for their restaurants. Foodies, eat your heart out!

For all muso’s out there – this one is for you. McCabe’s Guitar Shop is a well-known institution through the Los Angeles music scene and rightly so.

Originally established in 1958, this Santa Monica stalwart offers some of the best guitar music and selection of guitars in the region.

Here you can find unique instruments for all tastes and talents, including mandolins, bouzoukis, sitars, ukuleles, banjos and more.

Additionally, this space doubles as a live concert venue, able to hold up to 150 people.

Some of music’s greats have performed here, including John Hiatt, John Lee Hooker, Bruce Springsteen and Joni Mitchell, to name a few.

This striking Santa Monica landmark, steeped in Hollywood stardom, is a unique must-see to add to your list if you’re a Hollywood history fan.

As one of Santa Monica’s very first skyscrapers, the Georgian Hotel was designed by Rosamond Borde in the 1930’s Prohibition era.

It was a first of its kind with its lavish mix of Art Deco and Romanesque design, attracting many Hollywood elite.

The likes of Fattie Arbuckle, Clark Gable, and Bugsy Segal were frequent patrons, and today, many a Hollywood celebrity can still be seen here.

As a beautiful representation of the Art Deco movement, enjoy a martini on the oceanfront veranda and get celeb spotting!

If you’re looking for things to do in Santa Monica – add a hearty meal and great beer at Big Dean’s Ocean Front Cafe to your list!

Originally established in 1902, our establishment knows a thing or two about hospitality! Located on Santa Monica Boulevard, take a look at our menu for more…