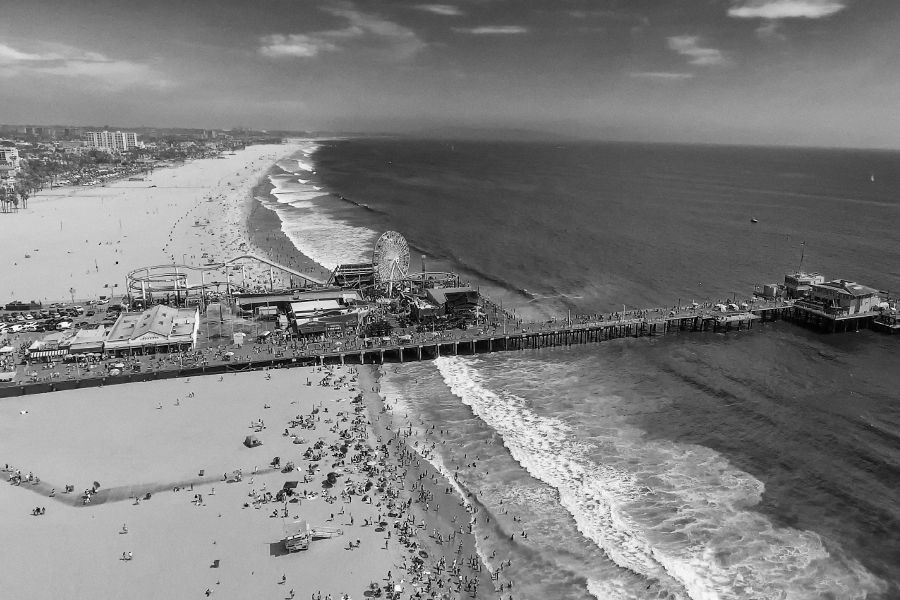 Along with places to shop and eat, Santa Monica also contains its fair share of ghost stories and lore. You never know what you may encounter when walking down the Santa Monica Pier at night.

Grabbing a few friends and exploring Santa Monica urban legends is a fun way to enjoy your time in and around the city. We would be far too scared to learn about these ghostly tales and myths on our own! How about you?

Along with a really cool Ferris wheel, the Santa Monica Pier is known to be one of the most haunted places on earth! There are scores of spooky stories that surround the Looff Hippodrome, a two-story building that is home to the Carousel and some office space. It’s been repeatedly reported by tourists that a shadow-like figure has been seen wandering the rooftop at night and even riding the carousel. Sounds like even ghosts need to have a little fun.

Most tourists who have decided to take late-night walks on the pier will tell you that they’ll never do it again. Seeing shadow figures riding amusement park rides is apparently not on anyone’s vacation itinerary.

Just a short 20-minute drive from Santa Monica lands you at the infamous Hotel Cecil. There are numerous accounts of horrifying events that have taken place under the roof of this once posh dwelling. For example, The Hotel Cecil housed nightmarish guests like Austrian murderer, Jack Unterweger and Richard ‘the Night Stalker’ Ramirez. Both of these men were serial killers and committed grisly crimes against women. Legend has it that ghostly female screams can be heard echoing the halls, late at night.

Another unsettling event that occurred at The Hotel Cecil was the 2013 mysterious death of Canadian tourist, Elisa Lam. This poor girl checked into the hotel but never checked out. Sounds more like The Hotel California. Anyway, her body was found several days later in one of the hotel’s industrial-sized water tanks. Nobody knows how she got there.

Along with these incidents, several suicides, and an unsolved 1964 murder, The Hotel Cecil is as urban-legendish one can get!

If you feel like venturing out of Santa Monica and into the tunnels beneath LA, you just might steal a glimpse of an advanced race of lizard people who live there. Or, perhaps, they’ll steal YOU. This legend stems back to the 1930s when a geophysicist named George Warren set out to find the scaly community and steal their buried treasure. What a nice guy!

Anyway, the legend of the lizard people still lives on to this day. Will you try to find them?

We, at Big Dean’s, look forward to serving you! We’ve got a full menu of delicious food and drinks that is sure to fill your belly and put a smile on your face. Santa Monica urban legend hunting is a fun way to spend your vacation and eating at our café is a great way to stay full!