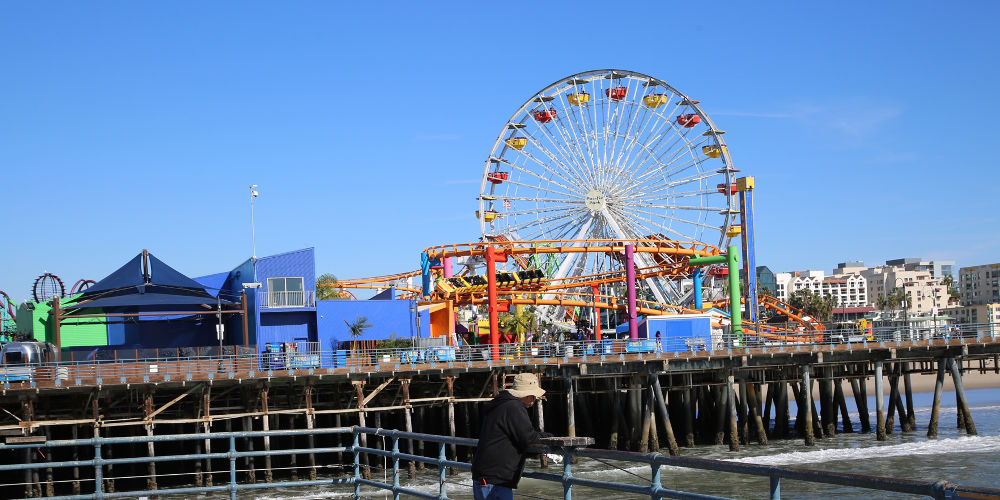 Santa Monica also has a rich history of music, and many popular artists have dedicated songs to celebrate our beloved city. Here are a few fun facts about Santa Monica music.

1. The National Academy of Recording Arts and Sciences is based in Santa Monica on Olympic Boulevard.

Also known as The Recording Academy and the presenters of the GRAMMYs, you may not know that this prestigious organization is based in Santa Monica. They hold fundraisers and events regularly at their headquarters, located at 3030 Olympic Blvd in Santa Monica. If you haven’t been by already, check it out!

Linkin Park originated in Agoura Hills, California and its original name was Hybrid Theory, until 2000, which was also the name of their first album as Linkin Park, according to their IMDB bio. They decided that they wanted to use the name Lincoln Park instead, but decided to spell it “Linkin” to use the domain name linkinpark.com.

The filmmaker, actor, writer, talk radio host, and former evangelical minister Richard Rossi, also known as a 21st century Renaissance Man, authored the book Stick Man and created an album to accompany it. On this album, his song “Santa Monica” showcases the enjoyment he felt at the Santa Monica Pier.

5. The folk Australian duo, Angus and Julia Stone, released a single titled “Santa Monica Dream” in the album “Down the Way”.

Australia’s Angus and Julia Stone’s “Santa Monica Dream” is off their second album, “Down the Way”, and the song was featured in the 2015 video game Life Is Strange. This album won the 2010 ARIA Award for Album of the Year, Best Adult Alternative Album, and Best Cover Art, and Angus and Julia won the ARIA Award for Producer of the Year. “Santa Monica Dream” is the fifth song on the album.

If you love great fish and chips, chili cheese fries, and clam chowder, you’ll love the dining menu at Big Dean’s Ocean Front Café. Swing by while you’re on the pier for a standout dining experience. Whether you want to watch the big game and drink a brew or take a date for dinner and drinks by the water, you’re sure to enjoy yourself here.