What Happened To The Old Santa Monica Ferris Wheel? 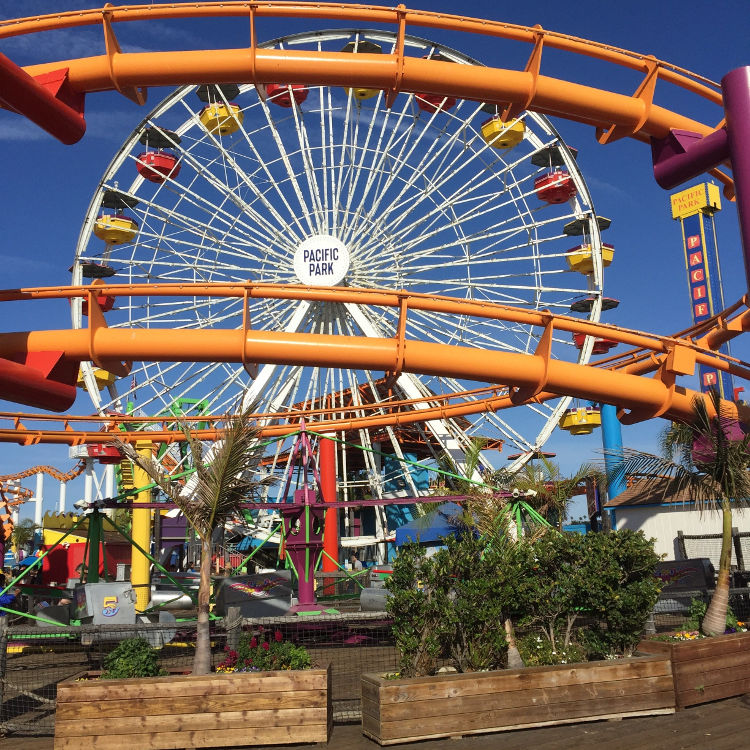 When you hear the words “Santa Monica Pier”, what image pops into your mind? We’re willing to bet it includes the pier’s most iconic feature: the Santa Monica Ferris wheel.

After all, this historical Ferris wheel is a huge part of Santa Monica Pier history. But did you know that the pier hasn’t always hosted the same wheel? In fact, it was replaced in 2008 with a brand-new edition.

Are you curious about what happened to the old Santa Monica Ferris wheel? Keep reading to learn more about this beautiful ocean-side staple.

The History Of The Santa Monica Pier

The Santa Monica Pier is world-renowned as a gorgeous location for family fun. But when it was built in 1909, it wasn’t all so glamorous. In fact, the pier first existed as a utility to move sewage into the ocean!

However, in 1916, Coney Island carousel-builder Charles Looff changed everything. He saw the potential in the old Santa Monica pier as a place for fun and pleasure and began construction on La Monica Ballroom.

In the seventy years that followed, the pier saw hardship in the form of many debilitating storms and attempts at council-ordered destruction. But, in 1987, things took a turn for the better. The pier underwent repairs and was ready to host the first version of its iconic amusement park.

Why Was The Santa Monica Ferris Wheel Replaced?

So, what prompted the replacement of this classic California Ferris wheel? Well, it seems like it was just time for a makeover.

Although the old wheel was solar-powered, the new version also included energy-efficient, LED light bulbs. Not only is this environmentally friendly, these bulbs also offer a great show of their own.

What Happened To The Old Ferris Wheel?

The original Santa Monica Ferris wheel may be gone from the pier, but it’s not forgotten. In fact, it has a new, loving home.

So, where is the current, and possibly final, resting place of this iconic wheel? The answer may surprise you.

In 2008, Pacific Park decided to auction the old Ferris wheel off on the popular website eBay. Oklahoma real estate mogul Grant Humphreys was the winner, shelling out $132,400 for the amusement park ride.

Although this may seem like a lot of cash, the original price of the Ferris wheel was around $800,000.

Grant’s grand plan was to use the wheel as a centerpiece for a waterfront plaza in Oklahoma City. This area, known as the Wheeler district, has now become a successful, family-friendly area, with a little slice of California history sprinkled in.

Are you curious to know more about the Santa Monica Ferris wheel and surrounding area, its history, and what it has to offer to visitors? Check out our blog page!

We have tons of info about our amazing seaside home, as well as tips on where to see Santa Monica celebrities, where to shop, and where to catch great live music during your visit. And don’t forget to drop by and say hello when you’re in the area!

Want to join the conversation? Leave a note in the comment box below. We’d love to hear from you!