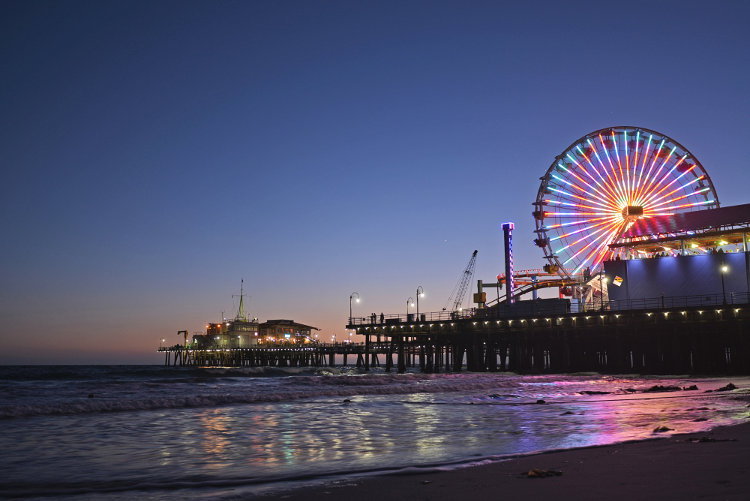 What do you think of when you imagine the Santa Monica Pier?

You probably associate it with beautiful beaches, unforgettable attractions, and iconic restaurants. These features helped bring in over 8.4 million visitors and 1.87 billion dollars in 2017 alone.

What you might not know, however, is that the Santa Monica Pier has been attracting visitors for over 100 years. This Southern California gem is a landmark with a rich history dating back to the early 1900s.

How did this popular attraction come to be? You might be surprised. Read on to learn the history of the Santa Monica Pier.

The Santa Monica Pier’s origins date back to September 9, 1909. That’s when the pier officially opened after a nearly one and half year construction process.

Early visitors weren’t welcomed by rollercoasters or landmark restaurants. In fact, the pier didn’t even serve as a fishing or boating destination in the beginning.

The Pier was built to streamline sewage transportation. The Pier originally sat atop a sewage line that dumped waste into the ocean.

However, it didn’t take long for the Pier to attract visitors. Visitors were impressed by the innovative 1,600 foot Pier and gorgeous Pacific Ocean views.

The Pier’s next stage began thanks to the efforts of Charles I.D. Looff. Looff, a carousel manufacturer, purchased land near the Santa Monica pier in 1916.

Looff passed away soon thereafter in 1918. His time in Santa Monica was short-lived, but there’s no denying his influence on the Pier.

He laid the groundwork for the next group, the Santa Monica Amusement Company. This group continued to build the Pier’s many popular attractions.

The Santa Monica Amusement Company built several notable features in the 1920s, including the Whirlwind Dipper rollercoaster. They also constructed the La Monica Ballroom, a state-of-the-art 15,000 square foot ballroom. At the time, La Monica Ballroom was the world’s largest ballroom.

The Pier continued to expand in the 1930s and 1940s. It was at this time that famous bodybuilders like Joe Gold began to call Santa Monica home. Muscle Beach was founded and continues to attract fitness enthusiasts to this day.

The Santa Monica Pier continued to expand for the next several decades. Many of the well-known amusement attractions and restaurants were founded in the latter half of the 20th century.

The history of the Santa Monica Pier almost came to a screeching halt in the 1980s. The Pier was almost destroyed in 1983 thanks to a severe winter storm. The storm knocked out about one-third of the Pier and its attractions.

But the Pier lived on thanks to the efforts of the local community. Santa Monica officials pushed a $1.7 million restoration project to bring the Pier back to its former glory.

The History of the Santa Monica Pier

The Pier’s restoration concluded in the spring of 1990. More dazzling attractions, restaurants, and shops began to open and mold the Pier into what it is today.

The Pier’s rich history and landmarks are part of the fiber of the Santa Monica community. You can appreciate the Pier’s historic origins on your next trip to this legendary destination.

No trip to the Pier is complete without some local cuisine. Sign up for the Big Dean’s mailing list for updates on our Santa Monica Pier restaurant.