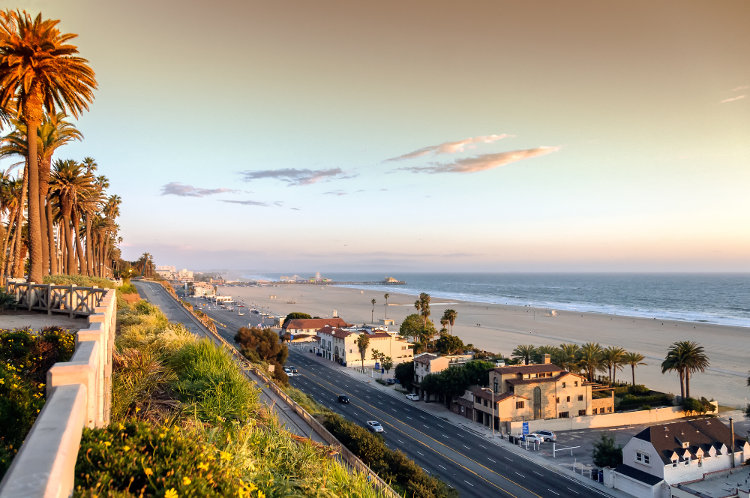 If you’re considering living in Santa Monica, then you should know that you’re in very good company!

There are countless celebrities that live in Los Angeles, but some of our favorites call Santa Monica home.

Whether you’re taking a tour, dining out at your favorite restaurant, or just spending the day shopping, read on to learn who you might run into.

Christian Bale is one of the most iconic actors of our generation.

From slimming down to a shocking size for his role in The Machinist to taking your breath away in The Dark Night, Christian Bale has some serious star power.

He’s also one of the many celebrities who are proud to call Santa Monica home.

Just be careful not to make him angry. After all, you wouldn’t want him to revert to his American Psycho personality!

Tom Cruise is certainly no stranger to the tabloids.

However, no matter what you think about his support of the often-controversial Scientology movement, there’s no denying that he’s a rockstar when it comes to box office smash hits.

Especially with the new Mission Impossible movie coming out, you don’t want to miss out on your chance to spot Mr. Cruise strolling through the streets of Santa Monica.

Also be on the lookout for ex Katie Holmes and rumored beau Jamie Foxx, who frequently visit the city (though we’re willing to bet they make it a point to avoid Tom.)

Sandra Bullock has lived somewhat of a quieter life in the past few years (and with her messy divorce from Jesse James, who could blame her?)

However, she’s one of the most popular celebrities who call Santa Monica home.

These days, Sandra is all about working out, often going for runs or walks with friends on the pier.

Pick a table at Big Dean’s, pull up a chair, and you just might end up seeing Sandra strolling by.

If you can’t get enough of David Beckham and Posh Spice, (whose clothing line is still going strong) then we know you’ll be eager to spot their Santa Monica home.

You might catch a glimpse of the famous soccer star and his wife Victoria hanging out with their son, Brooklyn, whose recent romantic ups and downs have made headlines in all the biggest gossip columns!

We’re thrilled that Posh and Becks have decided to call not just America, but Santa Monica, home.

Enjoy Living in Santa Monica and Mingling with the Stars

It’s not difficult to spot celebrities in Los Angeles, and whether you’re thinking about living in Santa Monica or just want to head there on vacation, you may run into some of your favorites.

Of course, you should also make it a point to eat at the restaurant all of the stars love.

When you’re in Santa Monica, be sure to stop by Big Dean’s Ocean Front Cafe for some food, drinks and a good time!

A haven for locals, tourists, and celebrities alike, you’ll enjoy a meal that you’ll never forget.