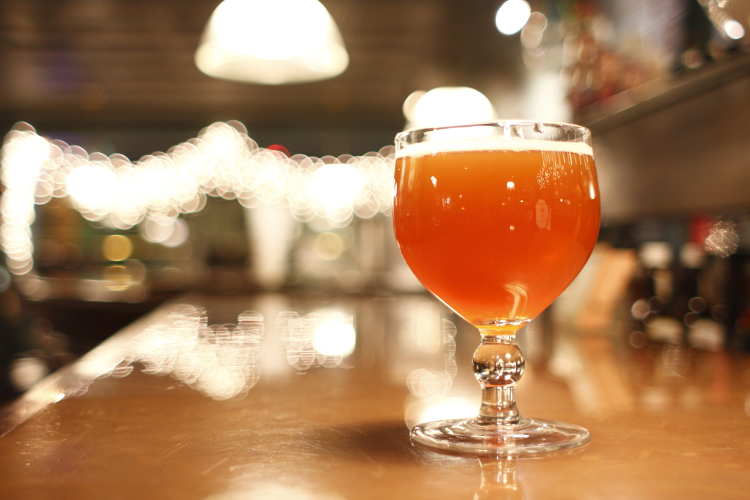 Do you struggle to find places to hang out that offer both superior craft beer and an enjoyable atmosphere?

Belgian beers are all about balance and quality. Santa Monica is all about optimum relaxation near its beautiful coastline. Big Dean’s Ocean Front Cafe is the perfect combination of the two under one awesomely chill roof.

If you’re anything like me, when I go out of town, I want to hang out where the locals hang out. The tried-and-true bars and restaurants boast years of quality service.

Big Dean’s is just the answer.

If you’re a craft beer nerd living in or visiting the Santa Monica area, there’s no excuse to not spend an afternoon basking on the porch and sipping a refreshing Santa Monica Wit beer.

An amazing thing about Belgian beers is their ability to produce a mass amount of flavor profiles even within the same styles. Although they have some noticeable and more well-known characteristics–clove, spice, bubblegum–they are known to vary drastically for each beer.

So when you think you’ve tried them all, try another. It’s most likely going to be different than what you just had.

The options are plenty, and certainly not limited to just these:

Why a Wit Beer Should Be Your Go-To

When you think of Santa Monica it’s easy to picture beaches, the pier, bathing suits, and light beer.

The winter season is nearly behind us, and with it went the dark, heavy beers of colder temperatures. Wit beer is made with summer in mind.

Wit beers, aptly named for their near-white colors, offer light, fluffy bodies and citrusy finishes. After a day of walking through the warm sand, no one wants to travel too far. Big Dean’s, only a five-minute walk from the Santa Monica Pier, has drinkers covered every single day of the week.

Big Dean’s Oceanfront Cafe is the perfect pairing for your chill attitude, offering indoor and outdoor seating with the ocean as your soundtrack. Beer nerds will love sampling a number of beers in their Beer Garden.

Beer tastes better when your surroundings are relaxing! That’s just science. We think.

The craft beer movement is exploding. In 2016 alone, 12.3% of all beer sold by volume was craft. We want to make you a part of this history right here in sunny Santa Monica at a landmark restaurant.

Do yourself a favor and try a refreshing brew alongside one of our World Famous burgers. Go ahead, get large.

Let us know how much you enjoyed the experience, or tell us how we can make you even happier.

Make sure to tell your friends–Californians, Belgians, and everyone in between–where they can support locally and globally at the same time, at Big Dean’s!